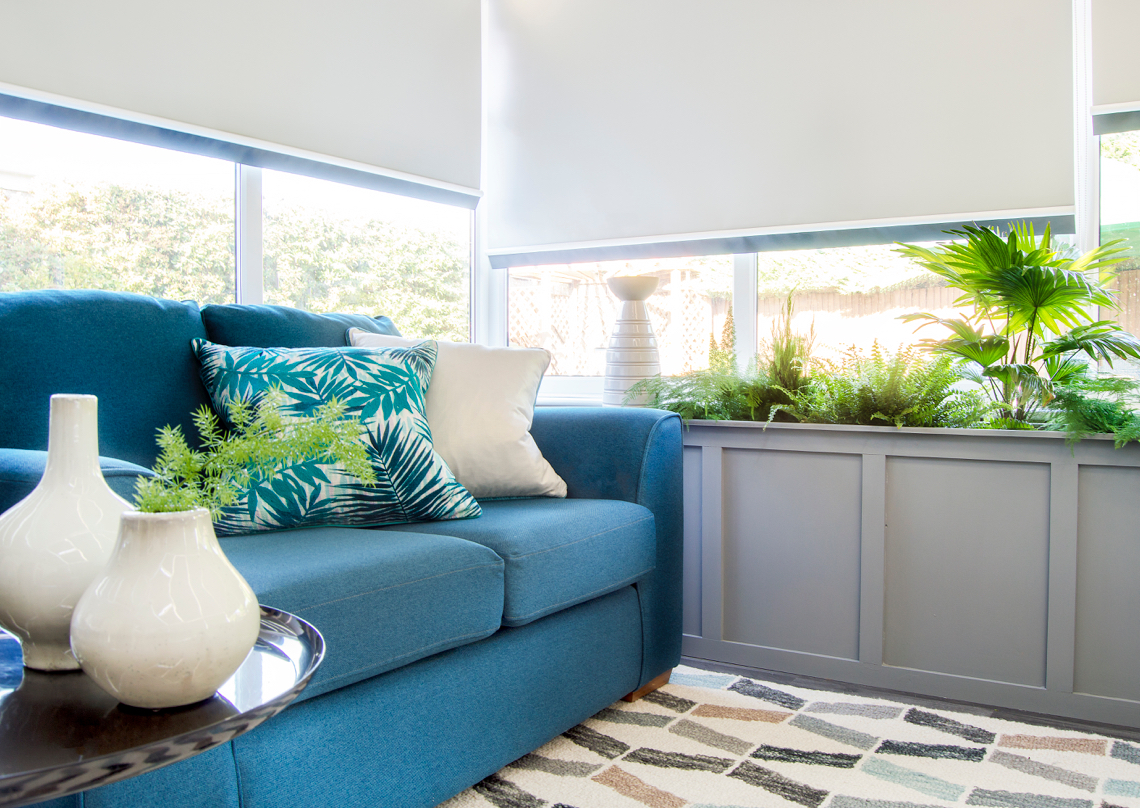 Bringing a Conservatory Back to the Heart of the Home

When living space in our homes is limited, we always look at ways of expanding square footage and of adding value in the long run. Building a conservatory is for many the ideal solution by extending, usually to the back of the house.

Unfortunately many conservatories, aren’t built to withstand year round temperature fluctuations and that was one of the reasons why this large conservatory, had been set aside.

In this Hampshire home, the couple living in it decided that it was time to bring the conservatory back to the heart of the home, by modernising it, adding purpose and also fitting in new thermal blinds.

Interior designer Nick Snow and Conservatory Blinds 4 less, teamed up to modernise this large, unused conservatory, into a once again loved and lived in room.

Nick Snow “This conservatory space originally was used to house everything that did not belong in the house whether it was old pieces of furniture or items that no longer had space in the house.

It was most definitely not somewhere you would want to sit and enjoy a drink on a summers evening. Not only this, but it was either too hot or too cold to sit in and enjoy!

That is a big issue we are facing now, is that homeowners have conservatories in their homes to increase living space, however the climate of them means that they can’t be enjoyed so they become a walkthrough out to the garden or a place to store unwanted items.

However by teaming up with Conservatory Blinds 4 Less who use NASA developed technology as part of their thermal roller blinds range, we have turned this once unused space into a sociable entertaining room that now remains at the perfect temperature all year round”.

Dave Downing “Most conservatory blinds are not designed to save heat and cut energy costs. Our blinds are exceptional because they are made out of a unique laminated material called Aluminized Mylar which allows to add year round thermal comfort. The roof and windows were fitted with made to measure thermal roller blinds, in a tone that fits the décor. The side thermal blinds have a blue trim to match the blue tones used on the sofas. The blinds can be motorised at a later stage.”

Nick Snow: “I wanted it to be a space you could be sociable in which is why I placed the new, modern blue sofas facing each other. I zoned the conservatory into two areas by transforming the smaller section into an entertainment, reading area with a seating area and a separate dining area which makes the space feel much bigger.

I wanted to make sure the conservatory reflected the outside space so I had the panelled planters made really simply with some MDF and a shelf near top level for the plants to sit. By bringing the outdoors in, the room feels like both an extension of the house and the garden.

The original red brick wall was painted white, as the red was really harsh in that space so it softens the whole room now, adding more light and a feeling of greater space.

I also had another MDF panelled unit made up for down the dining area of the conservatory to be used for storage so the scheme is cohesive and practical.

The colour scheme is fun and vibrant but also calming as the evening draws in.